← more from
Endmusik Records
Get fresh music recommendations delivered to your inbox every Friday.
We've updated our Terms of Use. You can review the changes here. 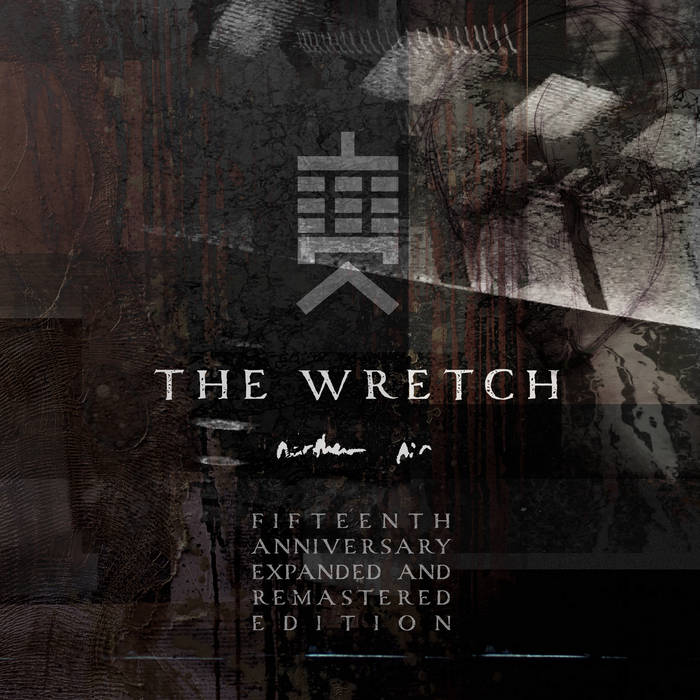 Northern Air began at the end of 2004 following on the success of Ambulatory. There was a lot of energy around the project;, people were enthusiastic about the music, and it seemed like it was really possible to take it to a new level.

The initial demos were all very much in the same vein as the Ambulatory sessions - adding new hardware synthesizers, effects, and guitars into the studio meant a constant state of exploration. Michael met Eric Schlappi in 2004 and immediately the sessions began to charge into more complex directions. Taking the original noisy experimental breakcore and industrial style of the first two albums, and mixing in many different influences, as well as guitar and other sound sources, songs began to form that were more diverse in their composition. And then it started to feel like a voice needed to be added.

Thematically, Eric and Michael shared a common kind of homesickness - (Eric would write his album “Music from the Desert to the City” shortly after we completed Northern Air). Northern air lyrically and thematically represented Michael’s sense of disconnection living in NYC, after spending much of his life in upstate NY. The idea of travel through doorways, passageways, and the disconnection from old friends and old ways of living were put on full focus lyrically.

Michael’s friends and collaborators at Phobic Films (Tim Zimmer and Jay Bender) fell in love with the title track and wrote a treatment to make a music video. Filmed in the winter in various locations around upstate NY, they passionately created a video that captured the nuanced themes of the album.

Following Michaels stint in the I, Parasite live band in 2004, Christopher Jon asked to distribute the album under his label DarkVisionMedia, so plans were made to do an official CD release. Formal printed inserts were made, discs were manufactured, and promotion was done all with the hope of taking The Wretch to a wider audience.

Some anecdotes about the tracks:

1. Doorways lead to hallways - this song began with an acoustic guitar riff that Michael had been playing since he was a teenager. Eric took it and ran with it, and played additional guitar parts to accompany, as well as an inspired melodica performance. Drums were made out of various sampled feedback and noise. Tons of ambient field recordings were used to layer and build up the atmosphere.

2. Running - An exercise in pure synthesis, using a Nord Modular G2, a Waldorf XTK, and a Yamaha FS1R to build a groove in 7 and turn it into violence. Guitar was added because Eric was a glutton for punishment with Michael acting as an obsessive editor constantly cutting and disassembling his recordings.

3. Lifetime - the last song written for the album, featuring slide guitar, a heavily distorted Juno 6 riff, and possibly Michaels favorite live keyboard solo recording of all time. Roland SH-09 through a Metasonix TX1 showcasing his “special” skills as a soloist.

4. Distant Faces - One of several songs formed out of productive sessions with an Elektron Monomachine and heavily edited via ½ speed tape transfers.

5. Velocity - This is the sound of the Elektron Sidstation in “native mode” - and the only song The Wretch has ever had spun in a DJ set in NYC.

6. Walking - an awkward and atmospheric song about walking under the subway tracks, with field recordings from the N train in Astoria

7. Tracks - One of the earliest pieces composed for the album, using the Monomachine, Machinedrum, and a Sherman Filterbank. Guest vocals by Tiffany Gentry.

8. Define where I end - foundation laid by Monomachine sequencing, and a sample from a Russian documentary about animal experimentation of a dog's heartbeat.

10. Northern Air - the impetus for the entire album, recorded after significant demoing had been done but radically changed the course of the album. The piano was sampled from an old piano in the storage room of a pool hall in downtown Saratoga Springs. The drums were programmed using random freeware on a laptop on a train ride North. Guitar by Eric Schlappi, heavily edited. Vocals recorded through a Metasonix TX-1.

11. Pathways and Passageways - More Monomachine sequencing, accompanied by the full studio for orchestration.

12. Sky - This was pure guitar manipulation paired with synthesizer freakout sessions in collaboration with Eric Schlappi

13. Closing - The earliest instance of Michael’s utilization of 20 tracks of guitar in one session. This technique would become key to the next album.

14. For Clancy - Clancy was Michael’s beloved dog, who succumbed to a brain tumor. The day he found out, he wrote this song.

16. Asleep at the wheel - During the recording of the album, Michael acquired a Yamaha CS-15 and a spring reverb unit. This and Vacant Spaces were recorded during the first few days of having it, and are consistent with the space he was trying to carve for the album.

19. Alleyways - Originally expected to be track 3 but was replaced when Lifetime was written

20. Doorways lead to hallways - Acoustic - This version features the first take of vocals, with no drums and limited synthesizers in the mix.

Remastered by Robert Galbraith in 2021

The Wretch is a concept: something that has fallen short of the ideal. Be it human failing, mankinds failing, ideas created and tossed away, emotions left beneath the surface, all things have the potential to fall far short of their expected destiny.

Bandcamp Daily  your guide to the world of Bandcamp